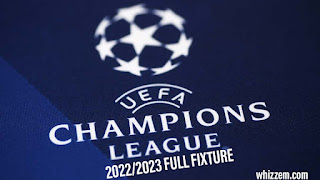 In this Article you will see full fixture of UEFA Champions League 2022/23.

Any team with designs on winning the 2022/23 UEFA Champions League needs to start by getting out of the group stage first.

The following will be UEFA Champions league Round dates from group Stages to Final. Given the break for the 2022 World Cup in November, the six group matchdays will be condensed into an eight-week span which will only add to the degree of difficulty. It could also lead to a few more surprise results.

The eight groups are labeled A through H, and they will be comprised of four teams selected from each of the four different pots during the group stage draw on August 25.

Table below show Pots and their list of clubs;

But also, There are certain Clubs fom the same nation which are paired together by UEFA to ensure they don’t play at the same time. As such, when any of the below teams are drawn into groups A-D, their paired team will automatically be assigned to groups E-H:

The UEFA Champions League Group stage draw are shown below: 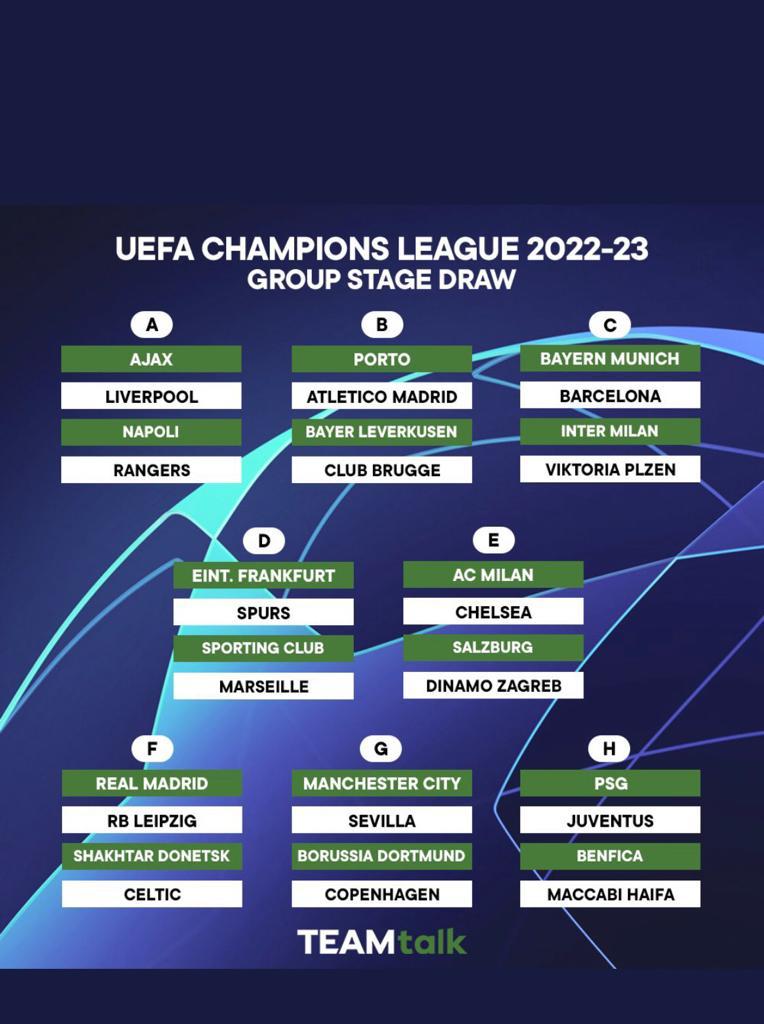