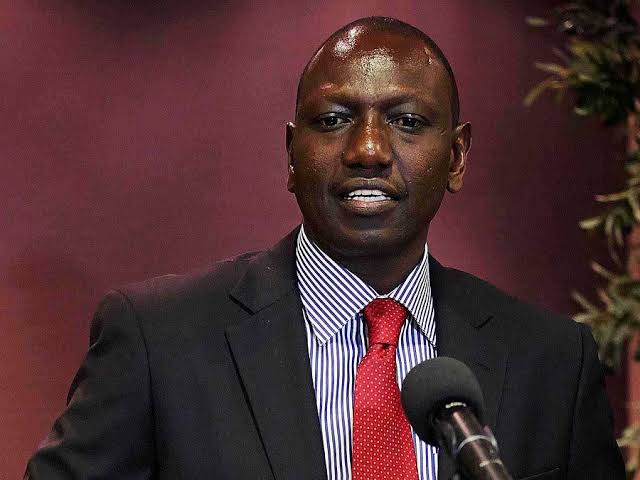 The history of William Ruto

William Ruto (William Samoei Arap Ruto) was born on 21 December 1966 in Sambut village, Kamagut, Uasin Gishu County to Daniel Cheruiyot and Sarah Cheruiyot. He attended Kerotet Primary School for his primary school education. He was enrolled in Wareng Secondary School for his Ordinary Levels education before proceeding to Kapsabet Boys High School in Nandi County for his Advanced Levels.

During his time in the campus for the undergraduate course, Ruto was an active member of the Christian Union. He also served as the Chairman of the University of Nairobi‘s choir.

It is through his church leadership activities at the University of Nairobi that Ruto met President Daniel Arap Moi who would introduce him to Kenya politics at later date, specifically during the 1992 general elections.

Ruto owns a considerable chicken farm in his home village of Sugoi, which was originally inspired by his stint as a live chicken hawker on the Nairobi-Eldoret highway.

William Samoei Arap Ruto is a Kenyan politician who is the President-elect of Kenya, he is currently serving as the Deputy President of Kenya since 2013.

In the 2013 presidential election, Ruto was elected the Deputy President alongside President Uhuru Kenyatta under the Jubilee Alliance ticket. Ruto was a Member of Parliament (MP) from 1998 to 2013. He served as Minister for Home Affairs in the Daniel Arap Moi administration from August to December 2002.

He later served in the Mwai Kibaki administration as Minister of Agriculture from 2008 to 2010 and as Minister for Higher Education from April to October 2010. He was elected president of Kenya in the 2022 presidential election.

The history of William Ruto in Summary