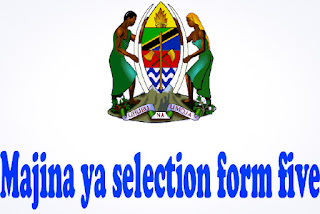 Whizzem.com gives simple way to get Form five Selection 2022 Ruvuma region for academic year of 2022/2023. This is only for those who got pass marks from their Subjects of four results which has been released by NECTA at January this year. TAMISEMI select qualified students to join form five studies in various Government Secondary schools in Tanzania. The qualified students are those who scored division one, two and some of Division three.

Ruvuma Region is situated in the Southern part of Tanzania. It is located between latitude 9° 35 and 11° south of the equator, longitudinal 340 31 and 38° 10 East Greenwhich. It shares borders with the Republic of Mozambique in the South, Lake Nyasa in the West and Iringa Region in the North and North East. It is also bordered by Mtwara Region to the East.