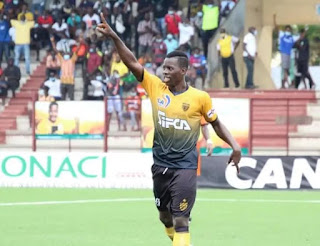 Stephane Aziz Ki was born 6 March 1996. He is a professional footballer who plays as a midfielder for the Burkina Faso national football team

In January 2017, he moved to Omonia, from CD San Roque de Lepe. With Omonia, Ki has had 13 appearances, including seven starts

Nicknamed “Yanga” (Young Boys), the club has won 28 league titles and number of domestic cups, and have participated in multiple CAF Champions League editions. They have won the CECAFA Club Championship five times.

The club became a symbol of the anti-colonial movement. Young Africans became associated with nationalists and freedom fighters, and inspired the political party TANU to adopt yellow and green as their primary colours. The club is currently in a process that will keep the club ownership 49% for investors and the rest 51% to the club members.