Contents
Interview Questions Kwa Makarani Wa Sensa 2022What are Interview questions for Sensa 2022?Schedule of Recruitment of Clerks and Supervisors of Sensa 2022 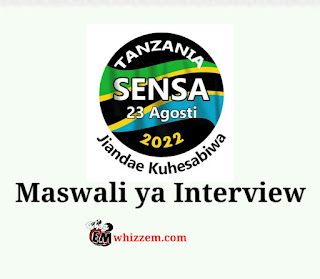 Maswali Ya Interview Kwa Makarani Wa Sensa 2022. Interview Questions for Census officers. The Government of the United Republic of Tanzania plans to conduct a Population and Housing Census by August 2022. The Ministry of Finance and Planning through the National Bureau of Statistics (NBS) in collaboration with the Office of the Chief Statistician of Zanzibar (OCGS), is in the process of preparing to conduct the Census.

The Population and Housing Census is a national exercise conducted every 10 years where the last census to be held in the country is the one in 2012.

Tanzania is expected to conduct a population and housing census August this year. The exercise is nationwide and requires staff to run the exercise.

Thus the Census 2022 will be the Sixth Census to be held in the country after the Union of Tanganyika and Zanzibar in 1964.

All applicants (clerks, Supervisors and ICT officers) should prepare themselves for Interview and they must know that only 205000 positions are needed by NBS to conduct Sensa 2022

NOTE: After Interview, Those who passed from Interview will attend classes for 21 days and then they will sit for examination. Those who will pass those exams will be selected and they attend field trainings before starting their duties.

What are Interview questions for Sensa 2022?

Maswali ya Interview will be held in Swahili language. Some of possible questions are found on your Application form called FORM NO 1. Such; 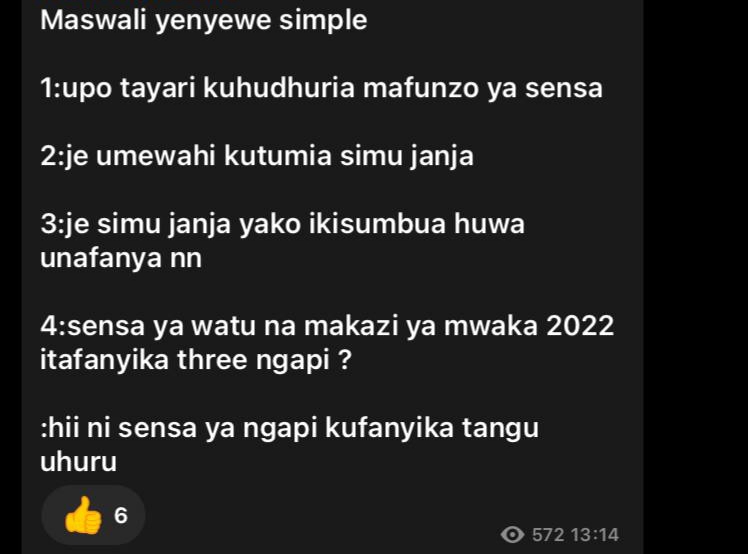 The following is a pdf In swahili which shows Intervies questions in swahili language.👇👇

Schedule of Recruitment of Clerks and Supervisors of Sensa 2022

The exercise of hiring Clerks and Census Supervisors should be implemented based on the following schedule: