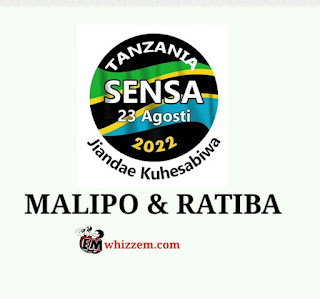 Malipo Na Ratiba Ya Zoezi La Sensa 2022 Sensa Job Opportunities 2022   The Government of the United Republic of Tanzania plans to conduct a Population and Housing Census by August 2022. The Ministry of Finance and Planning through the National Bureau of Statistics (NBS) in collaboration with the Office of the Chief Statistician of Zanzibar (OCGS), is in the process of preparing to conduct the Census. Sensa online 2022,sensa online, sensa Tanzania 2022,sensa application 2022,

The Population and Housing Census is a national exercise conducted every 10 years where the last census to be held in the country is the one in 2012.

Thus the Census 2022 will be the Sixth Census to be held in the country after the Union of Tanganyika and Zanzibar in 1964.

The 2022 Population and Housing Census will be done digitally using devices called tablets, so it will require clerks, supervisors and ICT officers who know how to use such devices.

The following is a timetable of Sensa 2022; 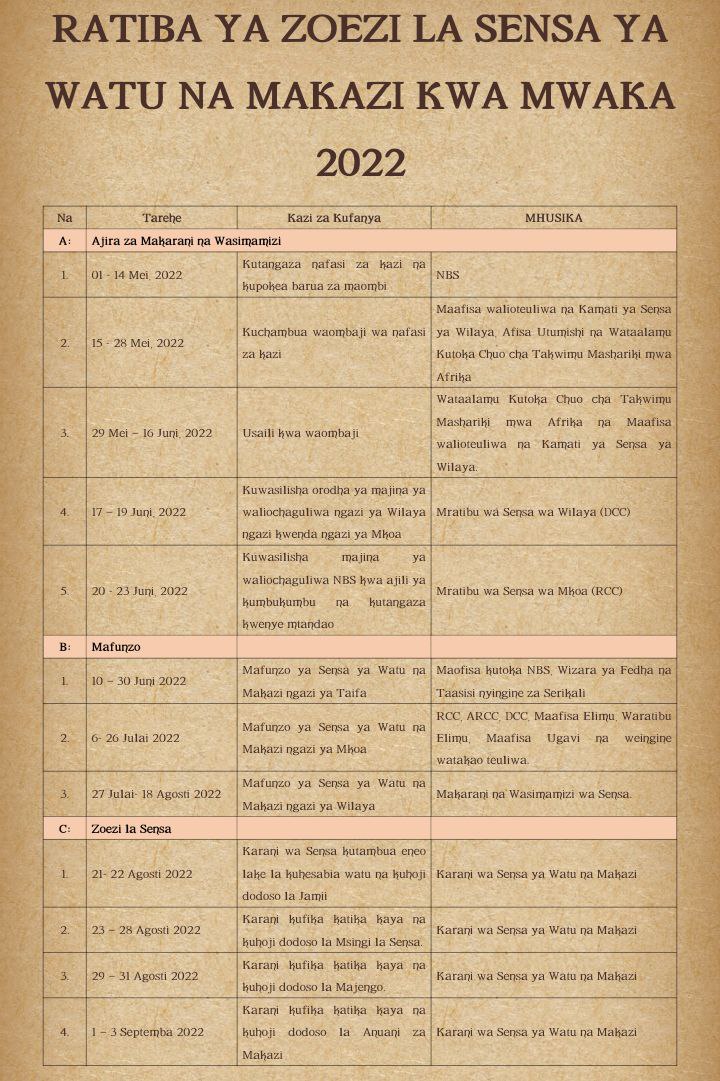 The following are payment for all officers who will participate to conduct census. Read the Image below; 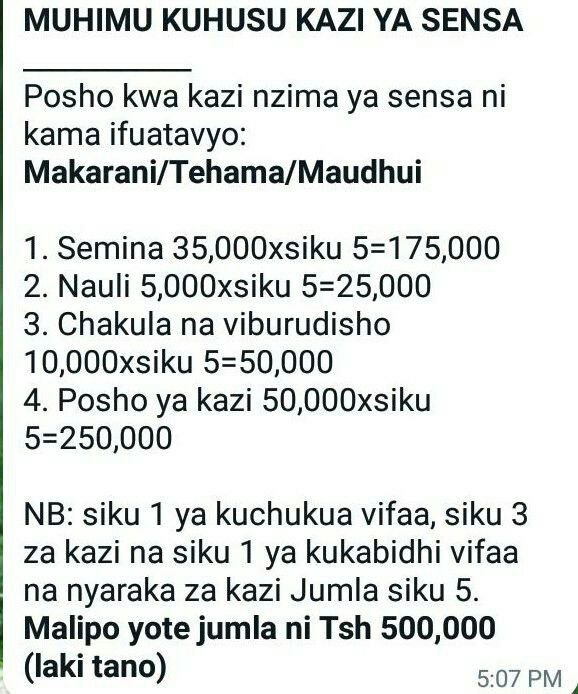 How to get Clerks, Supervisors and ICT Officers for Sensa 2020.

The  Bureau of Statistics (NBS) in collaboration with the Office of the Chief Statistician of Zanzibar (OCGS) continues to finalize the Guidelines for the employment of clerks and supervisors of the 2022 Population and Housing Census, once completed the report will be issued through agencies social media and posted on our bulletin boards in our county and local offices so that qualified individuals can be identified to apply online.

Therefore, I would like to take this opportunity to inform you that the positions of clerks, supervisors and ICT officers are not advertised as in social media, those who continue to advertise and ask people to apply on the networks are liars and ignored.

ABOUT NATIONAL BUREAU OF STATISTICS

The National Bureau of Statistics (NBS) has been established as an autonomous public office by the Statistics Act, 2015 and has the mandate to provide official statistics to the Government, business community and the public at large. The Act also gives NBS the mandate to play the role as a co-coordinating agency, within the National Statistical System (NSS) to ensure that quality official statistics is produced. Before the enactment of the Statistics Act of 2015, the NBS was one of the Government Executive Agencies which was established on the 26th March, 1999 under the Executive Agencies Act, 1997.