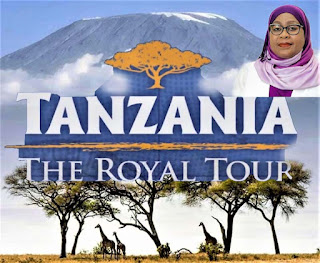 TANZANIA ROYAL TOUR is a film acted by President of Republic of Tanzania her excellence SAMIA SULUHU HASSAN for the aim of advertising Tourism attractions found in Tanzania.

With a non-stop, mostly nature driven action, the Royal Tour Tanzania covers traditional dances (as expected) coastal tunes, the cradle of manking at Olduvai Gorge, the active Oldonyo L’engai Volcano and of course the endless savannah.

In the full film below, you will watch all attractions advertised by President SAMIA.

To watch Tanzania The royal tour full film, click play to the video below.

SORRY!! The VIDEO is not available for a moment.