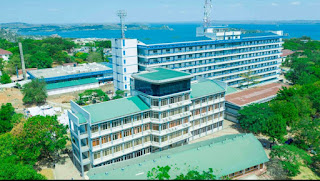 Don’t worry, Your answer is in this article where you will get all informations on which University you can choose from the top 10 best universities in Tanzania.

What Are The Top 10 Best Universities In Tanzania?

Below are list of those top 10 best universities  in Tanzania and their further information;

It is found at Dar es  Salaam region.This is number one and currently on our list of top 10 best universities in Tanzania.

Tanzania Commission for Universities (TCU) listed this University of  Dar es Salaam as the best government university in Tanzania and give it accreditations but also it has a membership affiliation with the Association of commonwealth Universities (ACU).

University of Dar es Salaam offers different academic programmes(Diploma & Degree) and it has almost 14 faculties  which are;

MUHAS is located at Upanga Dar es Salaam. Coastal Region of Tanzania.This is ranked as second of the best University in Tanzania but also is among of the top Universities in Africa.

Many applicant who are interested with this University’s courses are relatively hard to get positions because of many candidates which apply there every year.

MUHAS has different categories of schools as follows;

Sokoine University of Agriculture is located at Morogoro Mjini district at Morogoro region. It has two Campus which are Main Campus and Solomon Mahlangu campus.

SUA was founded on July 1984. It is famous in the country and among the top 10 best Universities in Tanzania because it has produced top class graduates who have done well to win numerous prestigious awards  including National Merit Awards.

Within its campuses, Sokoine University of Agriculture comprise different colleges with different departments which are;

University of Dodoma is located at Chimwaga Dodoma, where it is Tanzania’s capital city. It was established on March 2007 as a campaign of every student who passed on his or her form six examinations has a right to get degree because there were scarcity of Universities in Tanzania during that time.

University of Dodoma is unique one because it has capacity to accommodate all admitted students. UDOM is the only University reported that had highest number of applicants in Tanzania.

Apart from those faculties, Also UDOM has two faculties in its College of Health sciences which are Basic Medical and Clinical Sciences.

It has been proven to be one of the best higher institutions one can attend in the country because of production of more experts in different sectors in Tanzania.

6.Open University of Tanzania (OUT)

Open University of Tanzania is a government owned university  which has proven to be one of the best Tanzania higher institutions.

Mkwawa University college of Education is part of the university of Dar es Salaam established in 2005 after the upgrade of the Old Mkwawa High School located at Iringa, Tanzania. It is one of best institutions for students want to study education in Tanzania. Also Mkwawa University  is among of respected universities  because has done some of most impressive research and studies within a nation.

CUHAS mostly known as Bugando established 1994 when received license approval from the Government as an Independent Private entity and started full operation.

Because it is operated as private entity CUHAS is expensive when it comes to tuition fees but it is one of the World leading Christian mission universities in tanzania so some costs are being cancelled into making the best out of its students.

University of Iringa located at Iringa, Tanzania and it started providing University certificate, diploma and degree programs since 1997. This comprise Tumaini University and Iringa university college which began as Iringa Lutheran college and seminary.

Thank you for reading this article. For more update please Click our website link which is available at the top.